Move Your Point of View Around..... 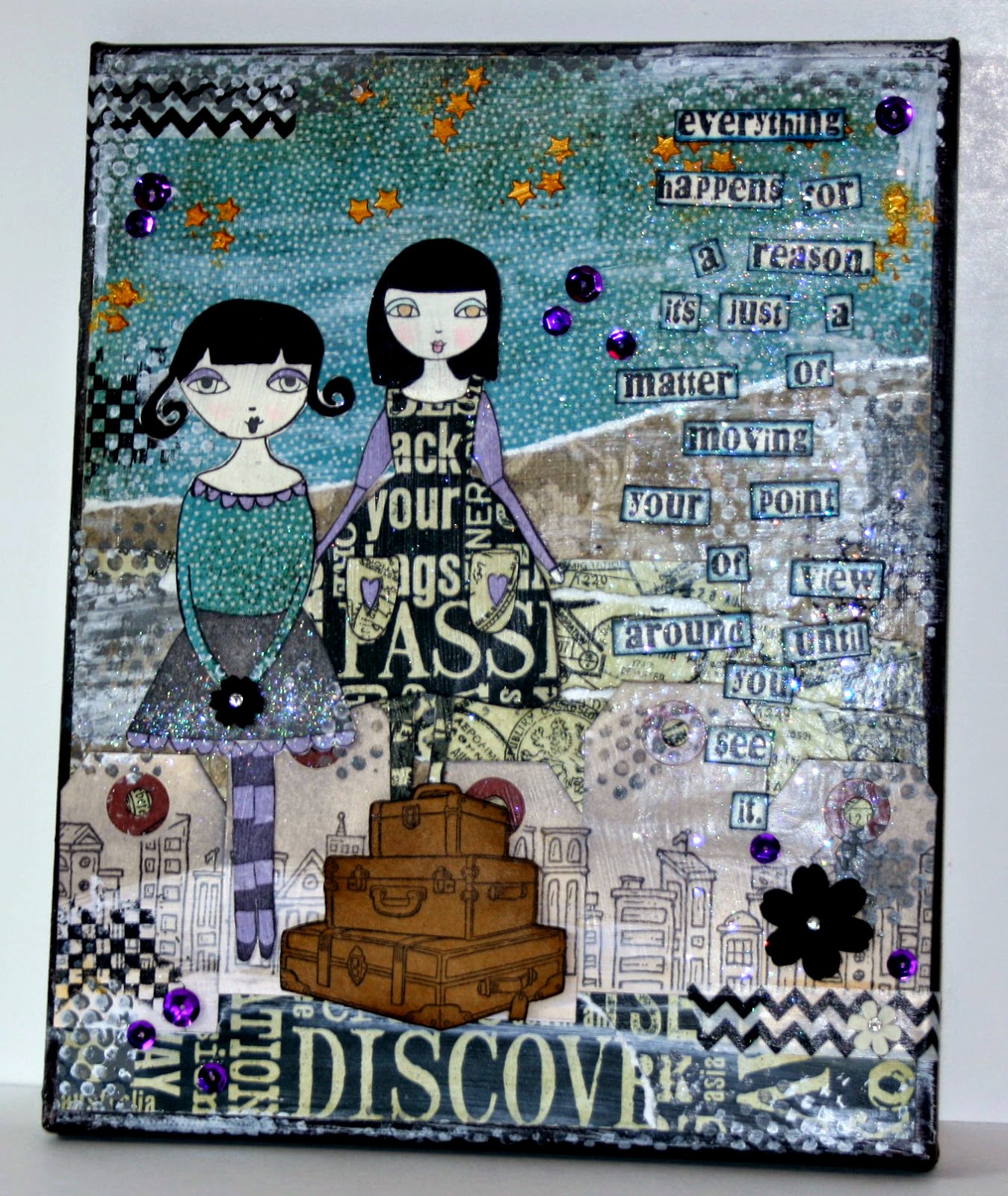 First of all....can I say, Suzi Blu is back at Unity Stamps!!??  If you haven't been a fan or plugged in, this may not seem like exclamation point kinda news, but for me.....it's HUGE!!  Years ago, I fell in love with these whimsical images, bought them, and, sadly, stored them for quite some time.  A while ago, I stepped into the world of mixed media--something of a rebirth.  I dug out my Suzi girls and guy and made a few things.  I continued to search for similarly awesome, but fresh and new....

A week or so ago, Unity Stamp Co. announced that Suzi was coming back as a stamp designer.  I'm thrilled!  And, I'm excited to see what is going to come about from this new partnership!

This is a canvas I made for one of my daughter's friends.  She's got the travel bug--hence the going places theme.  To complete the canvas, I've used a great skyline image from Hambo stamps, a few grunge images from Tim Holtz, my Suzi Blu girls from Unity Stamp Co and an awesome sentiment from Stamper's Anonymous.  The sentiment reads:

"everything happens for a reason.  it's just a matter of moving your point of view around until you see it."

Ever try that?  It kinda works, if you can get over yourself long enough to move your point of view....y'know? 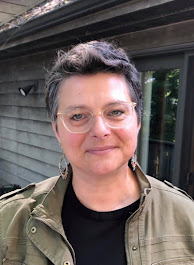